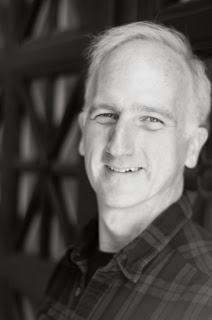 Gival Press is pleased to announce that Thomas H. McNeely of Cambridge, Massachusetts has won the 9th Annual Gival Press Novel Award for his novel Ghost Horse. McNeely will receive $3,000.00 and his novel will be published in 2014.

Biography:
A native of Houston, Texas, Thomas H. McNeely has received fellowships from the Wallace Stegner Program at Stanford University, the Dobie Paisano Program at the University of Texas at Austin, and the National Endowment for the Arts, as well from the MacDowell Colony, the Helene Wurlitzer Foundation, and the Vermont Studio Center. His fiction has appeared in The Atlantic, Ploughshares, The Virginia Quarterly Review, and Epoch, and has been anthologized in Algonquin Books' Best of the South and What If?: Writing Exercises for Fiction Writers. His non-fiction has appeared in Ninth Letter and The Rumpus. Ghost Horse, winner of the 2013 Gival Press Novel Award, is his first book. He teaches in the Emerson College Honors Program and the Stanford Online Writing Studio, and lives with his wife and daughter in Cambridge, Massachusetts.

Synopsis of the novel:
Set among the class, racial, and social tensions of the 1970's in Houston, Texas, Ghost Horse is the story of a boy's journey to escape an abusive relationship with his father and to discover the truth about his own life. The city's social upheaval is seen not only through the secrets and shifting allegiances of the protagonist, Buddy Turner's, family, but also in his relationships with two other boys, one white, the other Latino, and in the animated movie of the book's title. Like The Fortress of Solitude, Ghost Horse tells the story of a family, a friendship, and a boy's swiftly changing awareness of himself and the world, through the lens of imagination.

Advance Praise:
Ghost Horse pulls the reader back to the not-so-sweet Seventies, a decade when America suffered a nationwide nervous breakdown. Set adrift among a broken family, tenuous loyalties, distrusted institutions, and class conflicts, middle schooler Buddy Turner retreats to a world of imagination, focusing on the one thing in his troubled environment he has control over: making a home movie with a comic-book script that expresses his underlying angst. With Ghost Horse, author Thomas H. McNeely adroitly captures the dynamics of a confused and conflicted time, when those individuals who lived through it, as with his novel’s characters, coped with the decade’s emotional, cultural, and spiritual crack-up as best they could.--Tim W. Brown, judge and author of Second Acts


Finalists:
The Eye of the Jaguar
by Michael McGuire of Jalisco, Mexico.

The Commandant of Lubizec
by Patrick Hicks of Sioux Falls, South Dakota.

Wade in the Water
by Nagueyalti Warren of Lithonia, Georgia.