There has been much written of late as a result of Mr. Levy's article in Sunday's issue of the Washington Post.


Click on the link before to read the article which appeared in the Washington Post on March 25, 2012:
Do college professors work hard enough?


Here below is my personal response which is posted on the Comments Section for this particular article on the Washington Post website:

I find David C. Levy's premise regarding colleges to be completely off the mark. Specifically, at Montgomery College, where I teach full-time, I can say that English instructors teach a load of 15 hours per week.

That is, 26 hours for evaluating/correcting the essays, plus 15 hours of class teaching = 41 hours plus 3 hours of office hours minimum = 44 hours.

As one can see mathematically, the typical English instructor works in excess of 40 hours per week, more likely close to 52 to 55 hours per week.

In short, Mr. Levy is quite ignorant about what instructors do at the community college level. My advice is for him to ask before he goes on record publicly to demean our profession. 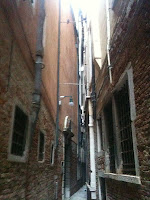 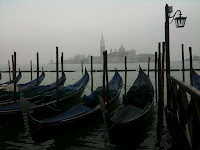 [I’ll lay in the field with him one day, and we’ll act like]

I’ll lay in the field with him one day, and we’ll act like
we don’t have a care in the world. We’ll laugh and lay
in green, green grass and wish for nothing more.
Breezes will caress our memories, and sunlight and blue,
blue skies will expand our reach towards today’s
romance and all things lovely. I’ll revel in my dimples.
His, too, and the glint in his eyes’ twinkling. All will be
well and wonderful and grand for we will want each
other for abundance, not for pain or pity. We’ll be and
hope and wonder. We’ll remember our yesterday’s
lightly, glancing back to catch only the smiles. We’ll just
be and lay in the sunny, warm grassy field, and let the
sun kiss us all over and over and over again.

Biography:
Susan Kerr is a poet, artist, and entrepreneur living in Old Town Alexandria with frequent visits to Venice, Italy. Her work has appeared in her small collection of poetry called Little Ones as well as at OpenView Labs a book called What Really Matters: A Guide to Defining and Realizing Your Company Aspirations with an introduction by Tony Hsieh.

She is currently writing a small book called V sharing her love of Venice, Italy, expected out this summer. She'd love to hear from you: susan@advancinginspiration.com 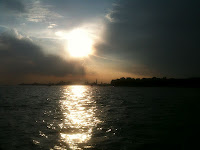 a nun and a witch

“you’ll never meet a better man than me”
another one aims the same hex at my back
the first to curse me was right
it all devolved from him, crooked adam

so I will become
a nun and a witch
doubly beyond their reach
bridal in billowing black
taking my shadowed vows
under the dogwood and the ash
out in the open in my witch’s habit
unearthing roots, poaching a rabbit

I have no need of you
won’t take heed of you
I will be murmuring over beads,
ring around the rosary
in the cathedral, candles glimmer my spells,
none of which will be love charms
the wives will beg my prayers;
what strange milk your cow will give

I will fly, I will fly!
wild-haired under a wimple
no man will know what to make of me
with my ruler and my broom
cloistered with a clutter of cats
whistling hymns at midnight
a censer full of bitter herbs
ringing out an intoxicating cloud

I will take
a saint’s name and a sinner’s name
I have scorned your salary,
disowned your endowment
accepted the scholarship
to the divinity school of the ditch
my beloved fatherless daughter
grows up to be the village bitch

Samantha Magrath is a poet living in Takoma Park, MD. Her work has appeared in literary journals including Antietam, Bogg, Chiron Review, Connecticut River Review, and The Cape Rock.

On the Altar of Greece Is Released as ebook

On the Altar of Greece by Donna J. Gelagotis Lee, winner of the 2005 Gival Press Poetry Award, has just been released by Gival Press as an ebook, both as a Nook and Kindle.

On the Altar of Greece is an excellent choice for Greek Studies as well as Women's Studies, as the book covers these areas with fine poetic detail.

The book also received a nomination for the Los Angeles Times Book Prize and is a winner of 2007 Eric Hoffer Book Award: Notable for Art Category.

This is what others have said about the book:

Eloise Bruce
"This is a fine collection of poems ... a book whose language and structure are a dance in which the past and the present partner ...Her poems are birthed out of a very complex inquiry into what it is to be an outsider in another culture. Sometimes she is crystal clear and at other times she grapples in the complexities of what she is recording and experiencing. This is really good news, providing texture to the poems in the collection. This range makes the journey of the whole very satisfying."

Simmons B. Buntin
"...In a way, On the Altar of Greece is like a good travel guide: it transforms reader into visitor and nearly into resident. It takes the visitor to the authentic places that few tourists find, places delightful yet still surprising, safe yet unexpected...."

“The poetry of Donna J. Gelagotis Lee combines the sharp resourcefulness of the observer with the powers of the visionary. Her poems travel both in time and in memory to Greek villages and to Athens, bringing with them the spiky sensibility of a contemporary American woman….”
—Molly Peacock, author of Cornucopia: New and Selected Poems

“Like the hands she describes preparing food, Lee stirs up a rich linguistic concoction…. She knows that to empathize distinguishes the gifted poet from the merely good one, and enacts her compassion through the concreteness of her writing. With that physicality, she brings to life the numinous core of language.”
—Dean Kostos, author of Last Supper of the Senses 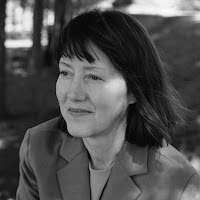 "Donna J. Gelagotis Lee’s On the Altar of Greece actually does place its reader before, or on, an elevated place where the ceremony of everyday sublime life in Greece plays out. Without resorting to prefabricated classical references we’ve already heard to the nth, she includes us totally in everything she experiences and sharply senses there, the orange-turned-yellow air, corners of walls, the shaded grove of stone men, the dark beach, a thread through looped thread, Poseidon cracking a wave, goat bells, 'the speech unfolding / that flung dice against the white walls / until they wore eyes.' Then, as important, there’s the undertow of her subtle and deft suggestions of how the people in these scenes relate, and of the intriguingly close connection she herself has to them. Ms. Lee shows us a new, vivid, freshly layered world inside an ancient and long-known one. With her eyes, strong mind and solidly classical style of picturing in new terms this historical place turned myth turned 'real' again, the journey of our time at this altar offers us a striking, immense set of views of a world we thought we knew, and still, wonderfully, do know in much richer ways by the end."
—Don Berger, Judge of the 2005 Gival Press Poetry Award, Poet Laureate of Takoma Park, Maryland, and author of Quality Hill and The Cream-Filled Muse


ebooks:
To buy as a Nook, click on the link below:
On the Altar of Greece ebook at BarnesandNoble.com

To buy as a Kindle from Amazon.com, click on the link below:
On the Altar of Greece ebook at Amazon.com

Hard copies:
To order a hard copy of the book at Amazon.com, click here:
On the Altar of Greece

Frida Kahlo
Now what on earth do these all have in common? It was an extremely busy weekend, what can I say.

Though the exhibit, courtesy of the efforts of the Embassy of Mexico, museums, Arlington County and countless others, is not the actual original work (these are reproductions), the show is quite revealing and speaks a great deal about the reach Frida Kahlo and her husband artist Diego Rivera had in their time. Along pictures of Mexican peasants one will find photos of socialites and Soviet Illuminati.

Go see the exhibit, it's free:
Artisphere in Arlington

Angela Gheorghiu
Next on this busy weekend, I took in Angela Gheorghiu at the Kennedy Center with the Washington National Opera Orchestra directed by Eugene Kohn.

The performance started off a bit off note but she and the orchestra soon warmed up and when she stuck to her operatic repertoire she soar. For example, Vive amour from Chérubin and Song of the Moon from Rusalka got the audience wanting more. Certainly she won our hearts with O mio babbino caro from Gianni Schicchi and Ebben? Ne Andro lontano from La Wally--this is Angela at her best. I forgot to mention that she changed her gowns three times during the performance. Then when she had us in the palm of her hand she sang I Could Have Danced all Night and lost some of us. I turned to my partner and said (sorry to be so catty) "Stick to your own kind." But almost sensing the quasi damage she had done she ended with Granada and won the battle.

Mozart
This ended Saturday's taste for art and music. Then on Sunday, we took in Così fan tutte again at the Kennedy Center, but with Joey Prieto (wonderful), Teddy Tahu Rhodes (great singing), William Shimell (also super) and on the female side we had: Elizabeth Futral, Renata Pokupié and Christine Brandes-all superb. Now many of us were surprised to see Mozart set in Washington, DC with the women from Georgetown and the men from Baltimore at least while in biker costumes, complete with tattoos. Nonetheless the opera works and was sung extremely well, but the plot and evil twist on women in light of Rush Limbaugh's attack on the Georgetown students hit us all at the end like a lead balloon--flat. Both my partner and I turned to each other and said, Mozart needed an editor. Too long and the ending needs to be fixed, given the movement of the culture and women's rights, but it's still good music.

Shakespeare in Klingon II--The Wrath of (Michael) Kahn
I have never heard so much Klingon in my life and I never knew that linguist Marc Okrand who developed the Klingon dictionary is on the board of directors at WSC Avant Bard Theatre housed at the Artisphere, though the special event this evening took place in the Spectrum Theatre, with a donor reception the Hotel Palomar.

Sue (Fox 5) and Joe Palka hosted and did a rather funny Klingon weather report but the To Be or Not to Be performance in English and Klingon with Brian Crane, Andrew Miller and Brad Graper was truly a gas. Then came The Wrath of (Michael) Kahn which traced the effect Kahn has had on the Washington theatre and the lives of numerous actors. It was well worth the evening and I don't know why I am writing about this now because I have to get to bed to prepare for a conference in Philadelphia but I needed to say my peace.


■ The Club will distribute items to homeless veterans and those in need.
■ Stop by the Club’s Table on March 8th - 10:00 AM until 2:00 PM in the
ST Building (ground level) TP/SS campus.

The Club will receive all food and personal care donations throughout the spring semester and store in the Veterans & Active Duty Club room located in Building P3-104A, which will be distributed to those in need. Items may also be left with Ms. Youngblood in P3 (2nd Floor).