"Some Wonder: poems" by Eric Nelson Is Now Available

Some Wonder: poems, winner of the 2014 Gival Press Poetry Award, by Eric Nelson has been released by Gival Press. The collection was selected by last year's winner Seth Brady Tucker. 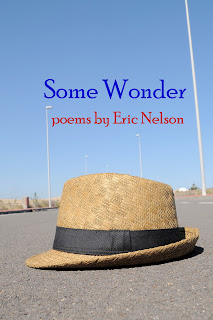 “I love the voice in these poems, so accessible, so conversational, yet frequently able to extract from the ordinary places and everyday moments of our lives a kind of holy instant, of joy, of tenderness, of wonder, of insight that is ‘crisp as snapped fingers.’ Eric Nelson's poems are peopled with chickens, guns and lovers, poets and writers, mountains and dogwoods and camellias, and lots of birds. Plus more than a couple of dogs. And his poems have something of the genius of dogs about them, knowing when and exactly how to roll around in dead and earthy things, and consistently sniffing out the ‘loamy aroma of love.’”
—Paul Hostovsky, author of The Bad Guys and Selected Poems

“In his powerful new collection, Some Wonder, Eric Nelson takes his reader ‘abroad’ (and beyond) in the most refined sense of those directives. He takes us deeply into experience and into the uniqueness of place. The language is lucid, lyrical, and exactly narrative. Yet the mystery of small moments is everywhere present: in each stanza, every poem.”
—Katherine Soniat, author of The Swing Girl and Bright Stranger

“With its signature tenderness for human vulnerability, an expansive sense of place, and crystalline language threaded with wit, Some Wonder is a collection that appeals on every page.”
—A. E. Stringer, author of Late Breaking and Human Costume

“The wonders of this superb book begin with its clear, graceful, and accessible language. Whether writing about backyard chickens, dead friends, bodily odors, dog walking, punctuation marks, or the ordinary joys and sorrows of family life, Nelson shows that there is nothing more wondrous, finally, than ordinary life passing through the lens of a rich imagination.”
—David Graham, author of Second Wind and Magic Shows

“Eric Nelson is a barker in a language bazaar, and Some Wonder is, well, some wonder of lyric and imagistic intensity… Some Wonder is filled with poems that take risks, ‘like a circus tent in flames,’ where we ‘begin to look for the alarm we missed.’ Don’t miss reading this terrific book of poems.”
— Seth Brady Tucker, judge and author of We Deserve the Gods We Ask For

Eric Nelson’s five previous poetry collections include The Twins, winner of the Split Oak Press Chapbook Award; Terrestrials, winner of the X.J. Kennedy Poetry Award; and The Interpretation of Waking Life, winner of the Arkansas Poetry Award. His poems have appeared in Poetry, The Cincinnati Review, Southern Poetry Review, The Oxford American, The Sun, and many other venues. He and his wife, the writer Stephanie Tames, live in Asheville, North Carolina.

Gival Press is pleased to announce that Robert Schirmer of Brooklyn, New York has won the 2015 Gival Press Novel Award for his novel titled Barrow's Point, which was chosen by the final judge Thad Rutkowski, author of Violent Outburts. Schirmer will receive a cash prize of $3,000 as well as copies of his novel which will be published in the fall of 2016. 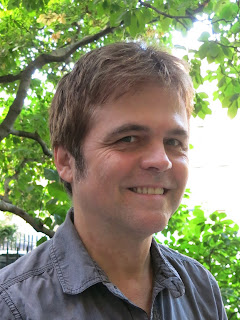 
Biography:
Robert Schirmer is the author of the collection of short stories titled LIVING WITH STRANGERS (NYU Press) and the winner of the Bobst Award for Emerging Writers. His stories have appeared in a wide range of literary journals such as BYLINER, GLIMMER TRAIN, THE SEWANEE REVIEW, EPOCH, NEW ENGLAND REVIEW, FICTION, CONFRONTATION and THE BEST OF WITNESS. In addition, he has won an O. Henry Award, a Pushcart Prize, a Walter E. Dakin fellowship to the Sewanee Writers Conference, and a fellowship from the Chesterfield Film Company Writer's Film project. His screenplays have been optioned by Amblin Entertainment and Warner Brothers. He has also been a Visiting Writer at the Southwest Writers Series and at Stetson University as part of the Tim Sullivan Endowment for Writing series.

The Trial of Leopold Plotkin
by Jere Krakoff of Pittsburgh, PA

Don't Hate Me Because I'm Beautiful
by Kenneth Miller of Walnut, CA

Time and the Tears of Children
by Michael McGuire of Jalisco, Mexico

Mayhem: Three Lives of a Woman by Elizabeth Harris Is Released

The winner of the 2014 Gival Press Novel Award Mayhem: Three Lives of a Woman by Elizabeth Harris is now available. 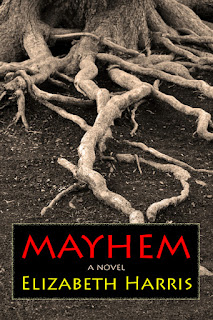 “...Mayhem: Three Lives of a Woman is one of the most intimate, vivid, and textured literary evocations of a bygone time and place and woman’s life that I have read, yet also one of the most mysterious. That’s because Harris possesses a combination of craft and wisdom found only in the finest historical novelists: the craft to render the past luminously in imagination, and the wisdom to recognize that that past can only be imagined, never known. Gripping, haunting, elusive, Mayhem is an extraordinary achievement.”
‐Evan Carton, Plougshares, September 4, 2015.

Biography:
Elizabeth Harris is a native Texan who grew up in Ft. Worth and in Pittsburgh, PA. She won the John Simmons Prize, awarded by University of Iowa Press, for her first book, The Ant Generator, a collection of stories praised for their “sense of wonder and comedy” and “acid-etched existentialism.” Those and uncollected stories appeared in Antioch Review, Epoch, Chicago Review, North American Review, Shenandoah, and other magazines, and have been anthologized in New Stories from the South, Best of Wind, The Iowa Award, and Literary Austin. Mayhem: Three Lives of a Woman is her second book. She was a runner up in a previous Gival Press contest with The Look Thief, a contemporary novel; and in a Faulkner Pirate’s Alley competition for an earlier novel. She taught fiction writing and modern literature for a number of years at the University of Texas in Austin, where she and her husband live.