Gival Press is pleased to announce that Elizabeth Harris of Austin, Texas has won the 2014 Gival Press Novel Award for her novel titled Mayhem: Three Lives of a Woman, which was chosen by the final judge John Domini, author of A Tomb on the Periphery. Ms. Harris will receive a cash prize of $3,000 as well as copies of her novel which will be published in the fall of 2015.Congratulations, Elizabeth Harris! 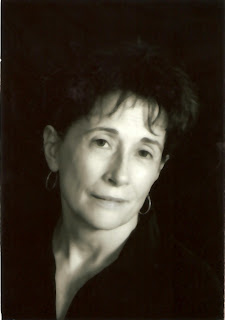 Elizabeth Harris is a native Texan who grew up in Ft. Worth and in Pittsburgh, PA. She won the John Simmons Prize, awarded by University of Iowa Press, for her first book, The Ant Generator, a collection of stories praised for their “sense of wonder and comedy” and “acid-etched existentialism.” Those and uncollected stories appeared in Antioch Review, Epoch, Chicago Review, North American Review, Shenandoah, and other magazines, and have been anthologized in New Stories from the South, Best of Wind, The Iowa Award, and Literary Austin. Mayhem: Three Lives of a Woman will be her second book. She was a runner up in a previous Gival Press contest with The Look Thief, a contemporary novel with a historical setting still unpublished; and in a Faulkner Pirate’s Alley competition for an earlier novel. She taught fiction writing and modern literature for a number of years at the University of Texas in Austin, where she and her husband live

Advance Praise:
A great novel gives us Genesis, and so Mayhem: Three Lives of a Woman calls a world into being. We get not only the odor and crackle of rural Texas beginning a hundred years ago, but also the spirits of that time and place. We suffer with a rancher’s wife, a woman catastrophically misunderstood. Violence proves inevitable — but then comes the real miracle. Elizabeth Harris summons up not one world but several, in rich and moving succession. Itʼs as if redemption were sympathy: as if to peer deeply into anyone is to understand everyone. If this sounds less like a God and more like a great storyteller, well, thatʼs what weʼve got. Harris squeezes palaver and tears from her Texas clay, even while making sure we see the gifted hands at work. — John Domini, author of A Tomb on the Periphery and other novels, as well as stories, criticism, and poetry.

Finalists this year include:
Pissed Away by Jim Sanderson of Beaumont, Texas
The Dieter by Mark Connelly of Milwaukee, Wisconsin
Epiphany by Jan Breen of Glassboro, New Jersey
Where Paths Meet by Cleda Hedrich of Bonita Springs, Florida


Gival Press is pleased to release Ghost Horse by Thomas H. McNeely, winner of the 2013 Gival Press Novel Award. This moving and compelling novel has received accolades of which the two listed below are only the beginning. 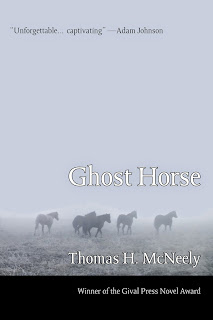 "An elegy for a lost father, an unforgettable fable of the power of art, Ghost Horse weaves a singular spell, captivating the reader and never letting go." --Adam Johnson, author of The Orphan Master's Son, winner of the Pulitzer Prize for Fiction

“The rich interior life of a boy among boys whose home life has gone disastrously wrong; the origins of evil; the secrets, and the secret codes, of school bullies; the terrible things that we do to find, or avoid, sex; how adults manipulate each other, and what they try to get from children; ancient Rome; stop-motion animation; the binding of Isaac; the story of Cain; the history of race and class in Houston; the fallout of what looks like a slow-motion divorce--these are just some of the pieces that click into place within McNeely's terrifyingly sensitive novel, which finds a whole world of deceit and imagination among a couple of families and a boys' grade-school cabal. McNeely's prose--superbly attentive to what goes on in Buddy's head, and why--sets up scenes few readers will forget: it's a novel whose beautiful sentences match the wrong-way turns, the blood-red futilities, and the available insights, of its rough lives.” Stephen Burt, author of Belmont and Close Calls with Nonsense: Reading New Poetry

To order, click on one of the following:
Ghost Horse at Amazon.com


Gival Press is also pleased to release We Deserve the Gods We Ask For by Seth Brady Tucker, winner of the 2013 Gival Press Poetry Award. Once you pick up this collection will want to complete it in one setting. 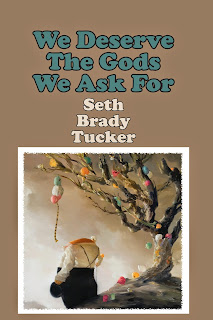 “I loved Seth Brady Tucker's first book, Mormon Boy, and I love this one more. Whether he is speaking of (as) Wile E. Coyote metaphorically, or speaking as a man who jumped out of airplanes (not for fun) and fired and was fired upon, or when he is speaking his remarkable love poems, you know you are hearing (I'm purposefully using speaking and hearing instead of writing and reading) something authentic, and true.”--Thomas Lux, author of God Particles and Split Horizon

“The poems in Seth Brady Tucker’s We Deserve The Gods We Ask For are acrobatic and epic and make me happy that poetry is still a place where we can re-envision the old questions about life and the spirit. In the book, I hear echoes of our great American masters, like Ashbery, Hemingway, Plath, Merwin, and Stein, infused in a new voice with the rhetorical bravado of a 100 swallows swarming the forest, 1000 preachers booming the word of the soul, and 10,000 conductors of a never-ending symphony of being that extends from this world into the next. Bravo to this poet, who tells us so nonchalantly it’s: ‘God here. As in big G God. As in, listen up.’ Listen up. Read this book.”--Dorothea Lasky, author of ROME


To order, click on one of the following:
We Deserve the Gods We Ask For at Amazon.com

We Deserve the God We Ask For at BN.com