Distelheim's story is posted on the Gival Press website and will appear in ArLiJo. The award carries a cash prize of 1K.

Praise "In More Cousin’s Club than Country, Rochelle Distelheim deftly lures readers into a world that is at once intimately specific and universally resonant. Each of her characters is vividly drawn with dimension and agency. The narrator, Russian, Jewish and a woman, charms us with a voice full of vulnerability, wit and compassion. Set in Jerusalem in the early 1990s, the story explores the unsettling experience of leaving behind an oppressive culture and adjusting to a new but imperfect home. More Cousin’s Club than Country is grounded in history, imbued with humanity and threaded with that universal theme—hair.”
—Elaine C. Ray, judge 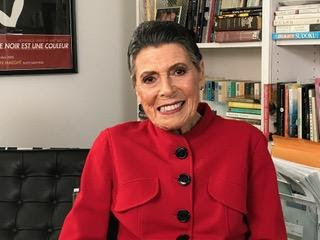 Click here for the link to the Rochelle Distelheim webpage:
Distelheim (GPSS-2017), Rochelle

The finalists include:
How to Juggle by Noah Weisz of Austin, Texas.
The Island of No Secrets by Louis Dellaguzzo of Washington, DC.
Captain Death by Susan Lowell of Tucson, Arizona.
My Brother Billy Penn by Brian Heston of Atlanta, Georgia.