The 10th Annual Gival Press Novel Award contest deadline for the best previously unpublished novel in English is coming up on May 30th.

The prize is $3K plus book publication. There is a reading fee of $50 for each manuscript submitted; for complete details, visit: www.givalpress.com or email: givalpress@yahoo.com.

Seth Brady Tucker of Lafayette, Colorado has won the 15th Annual Gival Press Poetry Award-2013. His manuscript titled We Deserve the Gods We Ask For was read anonymously and chosen by Lisa Graley the previous winner of the award. Seth Brady Tucker will receive the cash award of $1000.00 and copies of his book after its publication this fall. 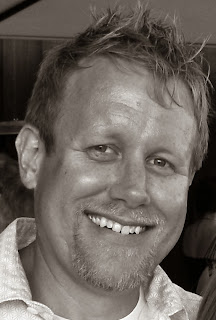 Biography:
Seth Brady Tucker's first book, Mormon Boy, won the 2011 Elixir Press Editor's Poetry Prize (2012), and was a Finalist for the 2013 Colorado Book Award. He has won a number of writing awards in poetry and fiction, and in 2013 one of his stories won the Shenandoah Bevel Summers Fiction Prize and the Literal Latte Short Fiction Award. His work has been published in such magazines and journals as the Iowa Review, Shenandoah, Poetry Northwest, Verse Daily, Apalachee Review, River Styx, Chattahoochee Review, storySouth, Crab Orchard Review, among many others. Seth has served as the Carol Houck Smith Scholar at Bread Loaf, and he is an instructor in the inmate literacy program, Words Beyond Bars, in Colorado. Seth has degrees in English Literature and Creative Writing from San Francisco State University, Northern Arizona University (where he resurrected and worked as Poetry and Fiction Editor for Thin Air magazine), and Florida State University (PhD, 2012). Currently, Seth is writing a novel about his experiences growing up in Wyoming and his time in the Persian Gulf, and his first short fiction collection was recently a finalist for the Flannery O'Connor Award. Both are represented by Alex Glass at Trident Media Group, New York. He teaches poetry and fiction workshops at the Light House Writer's Workshop in Denver, and lives and teaches at the University of Colorado near Boulder. He is originally from Wyoming, and served as an Army 82nd Airborne Division paratrooper in the Persian Gulf.

The finalists for the award include the following:

If You Doubt
by Diana Woodcock of Doha, Qatar.

The 2014 Ventura Valdez Poetry Contest winners at Montgomery College have been announced.

With her copper pot helmet
and her wooden spoon sword,
she piloted a swing upward
to the moons of Mars.
There she scooped stardust
in between slices of toast
and dined on galactic memories,
leaving only the crust.
On her way to Earth
she played hopscotch with the Sun
leaving her burned but undeterred,
her crooked smile showed she'd won.
And as she searched for gnomes
to demand they grant her wishes,
I knew her heart just forming
for it was green and bold and fearless.
So whilst gazing at the little knight
as she combed through the grass
I whispered to my captured gnome,
Don't let her heart grow old,
let her be a Hero to the last.