Review of "The Taste of the Earth" 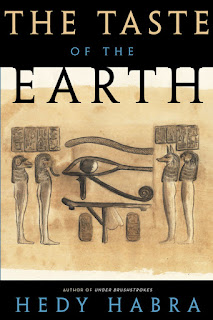 In The Taste of the Earth, Hedy Habra lays out a topography of the spirit, for as one’s “face is a map” of one’s history so too is one’s poetry. Our memories are rooted to the earth that we ask: “…does it make a difference if the root remembers?” One would say yes for one’s memories are chiseled into each crevice on one’s face, landscaping our past, present and future.

Memories can be vivid and long lasting—”a fluid mirror clouded with ripples, rippling memories”—as deep as an olive tree that when “chopped down and burned, / their roots too deep to uproot, their veins spread, shoots [speak] in tongues, mapping the field,”—the field of one’s memories and cultural roots that cannot be forgotten or ignored. For even if cut to the ground, one’s roots like that of the olive tree are deep in the earth of one’s ancestors such that their “stories and wisdom” never die. And even if memories become dust among the countless paths we take in life, we “visit dreams” like “grains of sand” beneath “our feet.” The silence at the beach shrouds us “with dust of legends.” Habra’s collection covers present and ancient ground, knowing that all ground is sacred because our ancestors walked it and cultivated the land from which the future emanates.

Read The Taste of the Earth, a deep and moving collection, and know that you will not be lost among memories and legends but instead will discover the wisdom embedded in the lines and spaces between words like history left in the cracks in sandstone and marble citadels, looking out across the topography of human experience. —Robert L. Giron, author of Songs for the Spirit

About the Author
Hedy Habra was born in Egypt and is of Lebanese origin. She has authored Under Brushstrokes, finalist for the 2015 USA Best Book Award and the International Book Award for Poetry, and Tea in Heliopolis, winner of the 2014 USA Best Book Award and finalist for the International Book Award for Poetry. Her story collection, Flying Carpets, won the 2013 Arab American National Book Award's Honorable Mention and was finalist for the Eric Hoffer Award and the USA Best Book Award. Her book of literary criticism, Mundos alternos y artísticos en Vargas Llosa (2012), explores the visual and interartistic elements in the Peruvian Nobel's fiction. Habra holds a B.S. in Pharmacy. She earned an M.A. and an M.F.A. in English and an M.A. and Ph.D. in Spanish literature, all from Western Michigan University where she has been teaching. A recipient of the Nazim Hikmet Poetry Award, she won Honorable Mention from Tiferet and was finalist for Nimrod's Pablo Neruda Award. A fourteen-time nominee for the Pushcart Prize and Best of the net, her multilingual work appears in numerous journals and anthologies, including The Bitter Oleander, Cimarron Review, Connotation Press, Cutthroat, Diode, Drunken Boat, Fifth Wednesday Journal, Gargoyle, Letras Femeninas, Mizna, New York Quarterly, Nimrod, Poet Lore, Pirene's Fountain, Solstice, Valparaiso Poetry Review, Verse Daily and World Literature Today.

Michael Rodman received a cash prize of $100.00 and his poem is published at Gival Press websites.

About the Author
Michael Rodman’s writing has appeared in McSweeney’s Internet Tendency, Defenestration, MAD magazine, SPY magazine, Oddfellow magazine, Talking River Review, and elsewhere. His work has been adapted and presented onstage by Lively Productions in New York City. A native of Metro Detroit, he lives in New Hampshire. 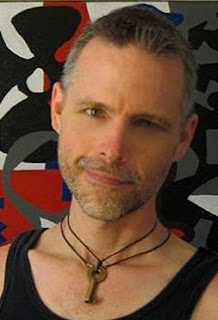 Dreaming of Top Surgery at the Vince Lombardi Rest Stop by Jendi Reiter of Northampton, Massachusetts