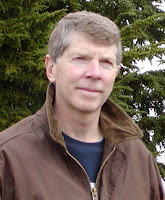 Rob Jacques of Bainbridge Island, Washington has won the 2011 Gival Press Oscar Wilde Award for his poem titled Wonders of the Invisible World, for which he received a cash prize of $100. His poem was chosen anonymously by the previous winner Sarah Machinak.

Wonders of the Invisible World

Ah! Destructive Ignorance, what shall be done
to chase thee out of the world!—Cotton Mather


Gay and blind, he couldn’t see his sexual partners
and so “handsomeness” took on other meanings,
or rather became another esoteric, academic word
akin to “pulchritude,” “beautiful,” and “buff.”

for his ears still heard soprano, alto, tenor, baritone.
His nose smelled deodorant and soap, spiced cologne,
while his tongue tasted salt in sweat, metallic semen,
and the least bit of blood whose origins were unknown.

His hands felt muscle and fat, hairless and hirsute,
felt skin again and again uncovered against his own
without ever knowing its age or color, rolled nipples
never knowing whether they were for work or play.

He liked the warmth, the firm pressing of torsos,
the interlocking nakedness of slender legs and arms,
and never having seen man nor woman, he accepted
every bare body with its unique, secret charms.

Men and women spoke of him with kind emotion,
his willing nudity, unabashed and nonjudgmental,
his potency cheerily thrilling, and they considered
a pleasing notion that, in every sense, love is blind.

Rob Jacques grew up in northern New England. He served in the U.S. Navy during the Vietnam Era and worked for 28 years as a technical writer for the federal government. He has taught technical writing at the college level, and his poetry has appeared in various literary journals, including Atlanta Review and Prairie Schooner. Jacques currently resides on Bainbridge Island in Washington State’s Puget Sound.

Tonight I Am My Lover
by Heather Barlett of Ithaca, New York.

The Feast Between Worlds
by Sandra H. Tarlin of Astoria, New York.

When It Gets Better
by Chuck Willman of North Las Vegas, Nevada.