Advance Praise: “There’s a serial killer on the loose, and in the fishbowl setting of Robert Schirmer’s Barrow’s Point, ‘shadow selves’ of fear overtake the town’s residents. No one can be trusted. Schirmer peoples his remarkable book with characters conflicted by their own discordant passions and prejudices. The writing is sensuous, the plot unpredictable, and the upshot brilliantly captures the unease of our times.”
—Ann Cummins, author of Red Ant House and Yellowcake

“Already distinguished for his short fiction, Schirmer now has given us Barrow’s Point. Schirmer’s fans will find, in addition to well-earned suspense, a richly nuanced portrayal of the McGregor family, Iris and her three sons, whose complex, private troubles raise an eerie echo of their small town’s responses to the murders of a series of gay men.”
—Elizabeth Evans, author of As Good as Dead and Carter Clay

“Barrow‘s Point is an eye-opening, engaging and emotionally touching novel. Ostensibly, it is a murder mystery: Gay men are being killed one by one in a college town in Wisconsin. A gay cop and the rest of the police force have few, if any, leads in their search for the killer. Within this frame, a complex story of family dynamics and intimate relationships emerges. There are incidents of rage, sorrow and reconciliation. We learn how gayness or straightness brings people together or, more often, pushes them apart. There are no simple answers in this story of several people who live with or close to each other, but for whom intimacy is a state that is needed but not easily achieved.”
—Thaddeus Rutkowski, judge and author of Violent Outbursts 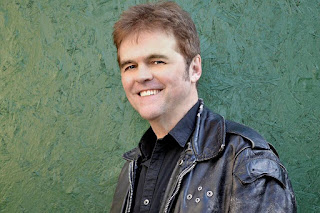