Gival Press is pleased to announce the forthcoming publication of Haint: poems by Teri Ellen Cross Davis to be released in June. The debut collection was chosen as the inaugural publication in the Giron/Valdez Series for Unique Voices in Literature.

As Myra Sklarew adeptly noted “Teri Cross Davis has the courage to make this complex experience come to life, to address it, to let her readers know what it feels like, and to tell them she will go on, facing and giving life to a new level of understanding that is seldom addressed.”

Cornelius Eady writes “Haint is a book of life. Not a book of survival, though the poet survives, not a book of reckoning, though the poet comes to terms with many things. Haint is a book of choices, and witnessing. A book of learning the bodies territories, pleasures and sorrows. A book that constructs the irrepressible center of a soul, page by page, plank by plank. A book a reader will put down after reading and mutter ‘yes’ to themselves, haunted.”

This moving collection can touch readers on so many different levels and as Ross Gay states “Although heartbreak is the origin of so many of these poems, it's love that makes them go. Love to which they plead and aspire and pray.” 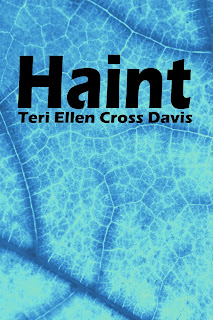 
About the Author:
Teri Ellen Cross Davis is a Cave Canem fellow and has attended the Soul Mountain Writer’s Retreat, the Virginia Center for Creative Arts, and the Fine Arts Work Center in Provincetown. Her work has been published in many anthologies including, Bum Rush The Page: A Def Poetry Jam, Gathering Ground: A Reader Celebrating Cave Canem’s First Decade, Growing Up Girl, Full Moon on K Street: Poems About Washington, DC, and Check the Rhyme: An Anthology of Female Poets & Emcees. Her work can also be read in the following publications: Beltway Poetry Quarterly, Gargoyle, Natural Bridge, The Sligo Journal, ArLiJo, Mi Poesias, Torch, Poet Lore and is forthcoming in the North American Review and the Puerto Del Sol blog. She currently lives in Silver Spring, Maryland with her husband, poet Hayes Davis and their two children. 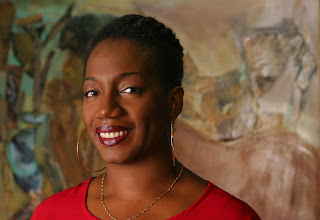 About Gival Press:
Gival Press, a member of the Association of American Publishers and an-award winning independent literary press, was established in 1998 to promote literary works with a message. Its over 65 books in print represent both established and emerging authors from around the world, and its works are in English, French and Spanish, with a Chinese-to-English translation planned in the near future. Its books are available from Ingram, Follett, Brodart as well several internet venues.

"Sexy Liberal! Of Me I Sing" by Stephanie Miller To Be Released

Gival Press is pleased to announce that Stephanie Miller's Sexy Liberal! Of Me I Sing will be released in book form very soon. 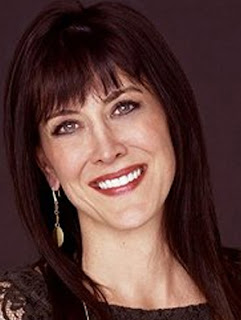 Stephnaie Miller is the host of The Stephanie Miller Show which is the #1 liberal talk radio show in the country. With Arbitron ratings clocking over 3+ million listeners a week and simulcast daily in 37 million homes on Free Speech TV, where she is also the number one show, her strongest numbers are in the grand prize demographic of highly educated males 25-54, despite, or maybe because of, her status as an out gay woman. It probably explains the sublime effectiveness of her national billboard slogan: “Stephanie Miller...making men rise in the morning”. Stephanie also headlined the country’s number one comedy tour, “Stephanie Miller’s Sexy Liberal Comedy Tour”, as well as the number one comedy album, “Stephanie Miller’s Sexy Liberal Comedy Album”.

“Stephanie Miller is like ice cream for breakfast, or box-wine through a Krazy Straw: pure pleasure that some people say is bad for you, but you know better. Sexy Liberal! is deeply, deeply profane, big-hearted, surprising, and it might make you pee your pants a little. Just what you need! Read this book. Stephanie Miller for Everything, 2016!”

—Rachel Maddow, host of “The Rachel Maddow Show” and author of Drift: The Unmooring of American Military Power

Ask for Sexy Liberal! Of Me I Sing at your local bookstore and look for it on Amazon.com and BN.com.