"Kid Victory" at Signature Is Victorious 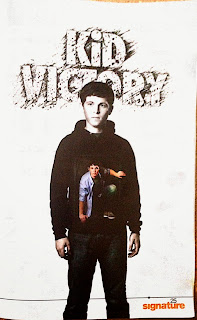 "Kid Victory" now showing at Signature Theatre​ is quite a play. Be prepared to be entertained but you might need a drink after the play which runs without an intermission. The acting is on target and the lead actors leave one a bit drained. But that's what good theatre should do.

Lead character, Jake Winn, who plays Luke has the innocence and tenderness called for and his counter part Michael, played by Jeffry Denman, equally displays the ambiguity that these roles need in order to weave this story for the audience. The tricky part is that none of this was overdone and the subtly and nuances were all equally measured for a dramatic effect. Certainly the song "You, If Anyone" sung by Jeffry Denman gets under our skin and we find ourselves conflicted having witnessed the truth of the matter.

I need to signal out "The Last Thing He Needs" sung by Christine Noll and Sarah Litzsinger also is a high point in the play. All to say that the music by John Kander, who also did the story and book/lyrics with Greg Pierce, is moving and troubling at the same time. Director Liesl Tommy's approach to the play has delivered what I would imagine Kander wanted from this play which will be talked about for some time.


Congratulations to these fine writers: 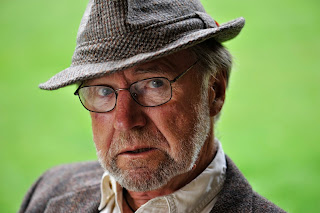 The short stories were read anonymously and the winner was chosen by the previous winner Lynn Stegner.

Finalists:
Runner Up: An Original Sin by Colin Brezicki of Ontario, Canada.
Vacancy by Aaron Tillman of West Roxbury, Massachusetts.
The Rockbury Sisters by Karen Loeb of Eau Claire, Wisconsin.
Don Juan and the Gringo by Nick T. Watson of Bluffton, South Carolina.


Praise:
“The characters in Progressive Linkage may know their way around a souped-up Chevy but Steve Cahill, the story’s author, knows his way around the terra infirma of the human heart. What begins as a reasonably healthy sibling rivalry takes a dark turn fueled by misunderstanding, casual intent, and the small, almost-sins of carelessness. Cahill plays the language like the instrument it is meant to be, with a driving intensity and exuberance. The extended metaphor that indirectly celebrates the internal combustion engine never once falters, even while on another level it transports the characters into the landscape of callow passion and its unanticipated consequences.”
—Lynn Stegner, judge

Biography:
S. J. Cahill lives in the Northeast Kingdom of Vermont where his creative nonfiction and memoir pieces have been published in Vermont Magazine, North Country Journal, and Good Living Review. His prize winning fiction appearing in Gemini Magazine was nominated for a Pushcart Prize and the Dzanc Book Award, and three of his short stories were chosen for New Hampshire fiction anthologies. His work is also included in a Hurricane Press collection and the Catamount Arts poetry anthology.

Put the Splendid Wake 3 on Your Calendar

If you are getting ready for Poetry Month, you really need to think about attending the 3rd annual Splendid Wake event on March 20, 2015.

Join us for our 3rd incarnation of A Splendid Wake as we continue our work of documenting poets and poetry movements in the Nation’s Capital from 1900 to the present. Our focus this vernal equinox is on Georgia Douglas Johnson and the “Saturday Nighters,” poet May Miller, the Federal Poets, Poetry Workshops born during “Poetry and the National Conscience” conferences, and the Modern Urban Griots.