Earth Is Calling for Healing

The past two weeks have been extremely disturbing. On the eve of the Japanese earthquake and tsunami, I could not sleep and awoke to hear the sad news. From that point up to recently I was glued to the TV and found I couldn't walk away from the urgency of the trauma to the people of Japan but also to the release of radiation from the nuclear plant which is still continuing.

My heart goes out to the people of Japan. There is no clear answer to why Nature acts like it does but acts such as the one that happened in Japan lets us know that any of us can be raised from this planet in a flash. We simply don't know when a similar act can happen.

What I come away with is the urgency for us/the Planet to figure out other sources of energy that are not as destructive if damaged by Nature. It is time for Capitalism to hear the calls and for Corporations to start thinking outside of the box instead of relying upon the traditional modes of energy.

Here below is a call for healing from the Hopi Nation:

Hopi Nation's Prayer for the Japanese People and Earth in General

Finally, today while driving home, I learned that Elizabeth Taylor has died. All of us are indebted to her tenacity to question the USA government's reaction or lack of action in the 1980s when AIDS first began to makes its presence known. It was beautiful Taylor who spoke up and used her money and influence to address a neglected disease and those who were held in such contempt. Sadly the disease is now a global phenomenon.

Taylor was a gem, not only for her talent but more importantly because she spoke up for those who were neglected.

It is in that vain that we need to speak up for the homeless, the sick, those without health care, and the many who need help.

The USA should revisit its tradition and listen and help those who need assistance. What Nature has proven over and over is that at any time even the high and mighty might become those who are in need of assistance.

Psaltery and Serpentines
by Cecilia Martínez-Gil is a finalist for the
2010 ForeWord Reviews' Book of the Year Award. 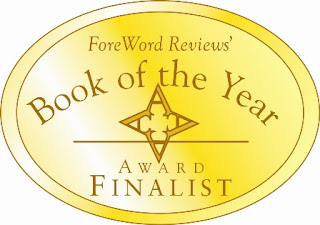 For more details about the book, click on the link below:
Psaltery and Serpentines by Cecilia Martínez-Gil

Board Forms in Arlington to Save Lubber Run Amphitheatre

For two years individuals have struggled to save Arlington’s Lubber Run Amphitheatre in Arlington, Virginia. To help this effort the board has formed a nonprofit foundation dedicated to bring county government and citizens together to return the amphitheatre located near Ballston as a public venue for outdoor entertainment.

Free programs at the Lubber Run Amphitheatre have been a staple of Arlington's cultural life for more than 40 years.

We are in the process of gathering signatures to persuade Arlington County to save the amphitheatre.

Community Action in Our Parks: A Case Study of Success

Join us for a program to highlight the importance of individual and community action in reclaiming our parks and natural areas. The program will focus on the success story of the restoration of Lubber Run Park. In 2000 Lubber Run Park was covered with invasive exotic plant species that were rapidly crowding out and killing the native plants and turning the park into a wasteland of weeds. Neighbors and community volunteers played a critical role in educating the community and pushing for the dramatic restoration of this beloved park. These efforts might be duplicated in other natural areas.