Meteor by C. M. Mayo Will Be Released at AWP 2019 in Portland, Oregon 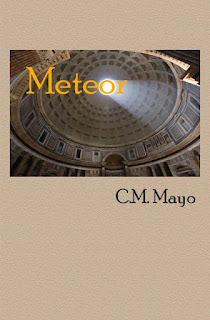 Advance Praise “Meteor pierces the psyche with a dazzling presence and otherworldly light. Mayo delights in the pleasures of language and the possibilities of imagination. By leveling a playfully skeptical voice that is wholly her own, she transforms the quotidian into the outlandish while making the bizarre seem familiar and inviting. Through her inexorable wit and endless inventiveness, Mayo crafts the most unusual work--a book that is both challenging and fun to read.” —Linwood D. Rumney, judge and author of Abandoned Earth 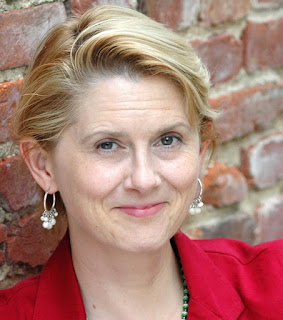 About the Author
C.M. Mayo has published poetry in literary magazines for many years, among them, Beltway Quarterly, Bordersenses, Gargoyle, Rio Grande Review, St Ann’s Review, Kenyon Review, Paris Review, Southwest Review, and in numerous anthologies including those edited by Robert L. Giron, Poetic Voices Without Borders and Poetic Voices Without Borders 2. Mayo’s works of fiction include the novel The Last Prince of the Mexican Empire, a Library Journal Best Book and the short story collection Sky Over El Nido, which won the Flannery O'Connor Award; her nonfiction books include Metaphysical Odyssey into the Mexican Revolution: Francisco I. Madeo and His Secret Book, Spiritist Manual; and Miraculous Air: Journey of a Thousand Miles through Baja California, the Other Mexico. She is also a noted translator of contemporary Mexican poetry and fiction, and is the editor of Mexico: A Traveler’s Literary Companion. A native of El Paso, Texas, she was raised in California, educated at the University of Chicago, and has been a long-time resident of Mexico City. In 2017 she was inducted into the Texas Institute of Letters. Visit her website: www.cmmayo.com

Gival Press is pleased to announce that Joan G. Gurfield of Santa Monica, California has won the 2018 Gival Press Short Story Award for her story titled The Resistance, which was chosen anonymously by judge Elaine C. Ray. Gurfield received a prize of $1K. 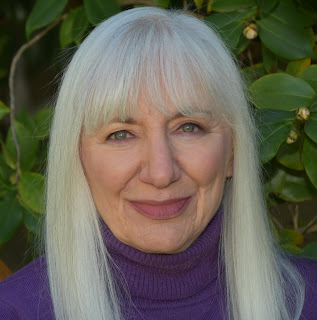 About the Author
Joan G. Gurfield has been a professor of English Literature and Creative Writing, an actress and theater director, arts editor of a small newspaper and (briefly) a totally incompetent waitress. Two of her short stories have been published in literary journals, and a longer piece was optioned for a feature film. Recently, she has written a collection of stories centered on the World War II era.

To read the story, click on the link to ArLiJo Issue No. 112.
www.ArLiJo.com

William Orem who lives in Newton, Massachusetts has won the 2018 Gival Press Novel Award for his novel titled Miss Lucy, which was chosen anonymously by the final judge John Domini. Orem will receive a cash prize of $3,000 as well as copies of his novel which will be published in the fall of 2019.

Advance Praise
“A master-chef's layer-cake, Miss Lucy serves up delights for every taste. It’s got Gothic nightmares to make the skin crawl, illuminating portraits of 19th-Century Dublin and London, X-ray insights into the workings of money and class, deft appropriations from a sumptuous library (Oscar Wilde, anyone?), and above all the tormented humanity of its central figure, Bram Stoker, author of Dracula. William Orem dreams Stoker to life with terrific vividness and subtlety, fluent in all the languages of late Victorian society. The story may, over a single long night riddled with shadows, travel from bejeweled aristocrats at the theater to the reeking slums that allowed Jack the Ripper to flourish. It offers a vision at once perverse and transcendent, a miracle that eludes the crush of history— a tour de force.”
— John Domini, judge and author of A Tomb on the Periphery and MOVIEOLA!

William Orem’s first collection of stories, Zombi, You My Love, won the GLCA New Writers Award, formerly given to Louise Erdrich, Sherman Alexie, Richard Ford and Alice Munro. His second collection, Across the River, won the Texas Review Novella Prize. His first novel, Killer of Crying Deer, won the Eric Hoffer Award for Excellence in the Small Presses, and has been optioned for film. His first collection of poems, Our Purpose in Speaking, won the Wheelbarrow Books Poetry Prize, and he has been nominated for the Pushcart Prize in poetry, fiction and creative nonfiction.

Meanwhile, his short plays have been performed around the country, winning both the Critics’ Prize and Audience Favorite Award at Durango Theatre Fest, and thrice being nominated for the prestigious Heideman Award at Actors Theatre of Louisville. 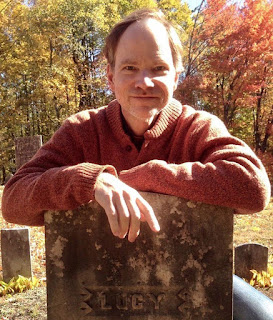 A native of Washington, D.C., he currently is a Senior Writer-in-Residence at Emerson College, where he teaches, among other things, classes on gothic literature. Details at williamorem.com.


Gival Press is an-award winning, small, independent press which sponsors awards for the best original English novel, short story, poetry collection and the best poem that reflects the LGBTQ community. In addition, it publishes selected work that best matches its mission. To date it has published over 100 works in print and ebook format. Its books are available via Ingram, Follett and various internet outlets, among them Amazon and Barnes and Noble.
###