Gival Press is pleased to announce that Dan Vera of Washington, DC has won the 2017 Gival Press Oscar Wilde Award for his poem titled Lingering Fraction which was chosen by last year's winner Kevin McLellan. 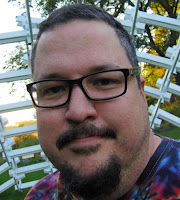 “Some homosexuals claim infallibility in identifying others of their kind ‘by the eyes -- there's a look that lingers a fraction of a second too long.’” “Growth of Overt Homosexuality in City Provokes Wide Concern” The New York Times, December 17, 1963

Hail the lingering fraction that secured us,
the inborn longing that led us to one another,
one by one on the street corners,
under the glowing lamps of the inviting city.

Praise the strength of a spirit that attempted to believe,
that ventured forth from body to body,
when the law and word was to condemn,
to revile, to electrocute a mind so wedded to love.

Holy the glimmer of recognition
in the eyes of those we sought,
who reflected back that fraction of belonging,
who spoke without words
what the heart would dare admit.

About the Author:
Dan Vera is a writer, editor, and literary historian. He's co-editor of Imaniman: Poets Writing In The Anzaldúan Borderlands (Aunt Lute); author of Speaking Wiri Wiri (Red Hen Press), the inaugural winner of the Letras Latinas/Red Hen Poetry Prize; and author of The Space Between Our Danger and Delight (Beothuk Books). His work is featured on the Poetry Foundation website; included in college and university curricula; published in various journals including Notre Dame Review, Poet Lore, and Beltway Poetry Quarterly; and appears in The Travelers Vade Mecum, Queer South, and other anthologies. The recipient of awards from the DC Commission of the Arts & Humanities, the Ragdale Foundation, and the Virginia Center for the Creative Arts, Vera publishes other poets through Poetry Mutual Press and Souvenir Spoon Books, co-curates DC Writers’ Homes, and chairs the board of Split This Rock Poetry. For more, visit www.danvera.com.

The History of My Kisses by Tom Daley of Cambridge, Massachusetts.

space between by Deb Jannerson of New Orleans, Louisiana.

Gender Identity in Time of Watergate by John Smelcer of Kirksville, Missouri.

A Teenage High School Locker Room Attendant Speaks to the Man He Ogled by Tom Daley of Cambridge, Massachusetts.

"Dream of Another America" Coming This Fall


Tyler McMahon's Dream of Another America which won the 2016 Gival Press Novel Award will be released this fall.


“The ‘dream’ in Dream of Another America is both a noun and an imperative verb of hope: Tyler McMahon has written a Grapes of Wrath for contemporary America. Like Steinbeck’s classic, Dream of Another America urges readers to confront the costs and sacrifices of the American Dream. Beautifully written, emotionally gripping, narratively propulsive, and morally important, this book should be necessary reading for every American.” —Shawna Yang Ryan, author of Green Island and Water Ghosts 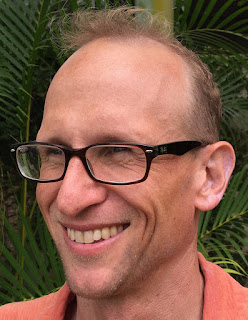