Gival Press is pleased to announce that Chino Mayrina of Davis, California has won the 8th Annual Oscar Wilde Award for his poem entitled We Must Always Sing.

Chino Mayrina received a cash prize of $100.00 and his poem is posted on the Gival Press website (www.givalpress.com).

Winner of the 2009 Gival Press Oscar Wilde Award
We Must Always Sing
by Chino Mayrina of Davis, California.

The Break Up
by Michael Montlack of New York, New York.

My Carpenter
by Jeff Walt of Honolulu, Hawaii.

Everyone Knows
by Trish Cole of St. Mary's City, Maryland.


We Must Always Sing

There is a time for everything,
a season for every activity under heaven.
- Ecclesiastes 3:1

We heard the water running
before it turned into milk.
Our teeth felt buzzed and sweet
before we were told of honey.

Our open mouths swayed,
having been throbbed into
prehistoric song before learning
about dissonant supplication.

The smell of sizzling meat
washed from our tingling beards
as we drank from the chalice
we poured our love into.

It is sunset,
the rivers are burning,
but for now
everything is perfect.
In this narrow strip of space
on the brimming Castro Street
condensation means love.

We are marching
to the pulse of our bridge.
18:23 and 20:13
are nothing but times here.
We are naked without having to
huddle through nights lit
by new moons.

If we must burn, may we
smolder like foxfires—
wound healers earth diggers
hopeful children of modernity.

Glittering precariously on the brink,
we blow kisses to the coming night
because we know the earth is moving.
Out of smoke and liquor
neon lights and guns
the air drips
with mouths swaying
condensing
almost like rain.

Our bottles and jars will not be empty.
We will be tired, but just like star-loved children
we will sway in moonlit concert, mouths
pulsating to the lilt of rivers unburned.


Biography:
Chino Mayrina is currently a fourth-year undergraduate at the University of California, Davis, pursuing a major in English and minors in Spanish and French. He plans to get an MFA in Creative Writing in the future. Meanwhile, he’s hoping to graduate on time and teach in Spain for a year or two as he scrambles to pay off his student loans. This is his first publication and award for writing.

May we all remember what Senator Kennedy stated at the National Democratic Convention last year:

"For all those whose cares have been our concern, the work goes on, the cause endures, the hope still lives and the dream shall never die."

May Democrats and Republicans in Congress come to the realization that they represent the people of this country and not the interests of the select few or corporations.

May Democrats in Congress realize that if Republicans refuse to work collaboratively with them on the issue of health care that they have it within their power to work on the issue that was Senator Kennedy's most passionate cause: Heath care for all in the United States.

May Congress finally pass a major bill on health care as a tribute to Senator Kennedy who fought so passionately for the good of the American people.

Health Care Aside Perhaps Poetry Will Cure the Ailment


Who knew people would get so riled up over the current health care issue?

Certainly is helps to learn via Keith Olbermann and Rachel Maddow that many of the folks who are attending political meetings are being supported if not paid by political groups and insurance companies to protest. Sadly many are protesting against a possible bill that might give them the insurance coverage they currently don't have. But then when one needs a buck, there is no telling what one will do for the almighty dollar.

Sadly, the unruly protests and people attending such sessions with their guns might make the most sane think twice about attending any such sessions.

Lying on top of you, my arms and knees
support my body even as I grope
for how much of me your frame will carry.

You hold me closer, you’re not heavy. So
I lean a ladder into you, step hard
up, and clamber to the top window

to hear you play Chopin’s Etude in C
Minor. I enter through the window, drop
into your room. I sit down quietly.

You come to a passage hazardous and slow
like footsteps on decaying floorboards
of an old house. The pedal mutes the piano.

Then I become afraid you will not be
playing, beside me, with such quiet hope
forever, for nightfall, for lonely,

and what that will do to me. I tiptoe
to the window while stroking your forehead,
lean back into myself, walk away below.


From Equal to the Earth (Bench Press, 2009) © by Jee Leong Koh. Reprinted by permission of Bench Press.

Calling All Mae West Fans to Signature Theatre in Arlington 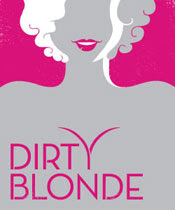 If there are any fans out there who have ever liked the dynamic Mae West, then they better get to the Tony Award®-Winning Signature Theatre located in Arlington, VA.

The cast is minimal, with Emily Skinner as Mae West, Hugh Nees and J. Fred Shiffman, but, boy, these actors come fully loaded with a fantastic evening of entertainment.

At first, it might take the audience a while to figure out what is happening, with actors coming in and out of character at different historical times or playing a variety of characters, but fortunately the no intermission continues the momentum for the play and allows the actors to unfold on the stage.

I'm not going to go into great detail about what happens in this play because frankly I have stopped reading reviews of plays and films because often the writer gives it all away. When I go to the theatre, I want to be totally captivated by the lives of the actors on the stage and be challenged either by their actions or the plot of the story. If this is what you are looking for, then this superb play and excellent acting by all three actors will more than satisfy your craving for good theatre.

But I must go on about Emily Skinner's tour de force on stage. She captures Mae West's persona like no one else I have seen. As I said, the viewer might hesitate at first with regard to Mae West on the stage but keep in mind that Mae West is learning to become THE Mae West we all know from her films and interviews.

Certainly, both Hugh Nees, who also transforms himself on the stage, and J. Fred Shiffman balance and push and poke sort of speak so that eventually we become cognizant of what is happening before our eyes.

And oh, yes, we hear some of Mae West's pearls of wisdom:
"Between two evils, I always pick the one I never tried before."
"I believe that it's better to be looked over than it is to be overlooked."
among others.

Jeremy Skidmore, the director, has a hit on his hands and he owes to the whole package: script, music, acting, lighting, costumes, and design--they all work in tandem to produce one of the most enjoyable plays I have seen in a while, such that my partner and I are thinking of seeing it again.

After all, the making of the Queen by queens doesn't happen often.

Bottom line: If you ever loved Mae West or want an introduction to this jewel of American theatre, then get your body to Signature Theatre, pronto!

The confirmation of Judge Sonia Sotomayor by the Senate today should give all women and Hispanics reason to celebrate, for history has been made.

Nonetheless, given that 31 Republicans voted against the confirmation of Judge Sonia Sotomayor to the Supreme Court should also make women and especially Hispanics think about the future of the Republican party.

Those living in the states these 31 senators represent should take note: