Perry Glasser of Haverhill, Massachusetts has won the 6th Annual Gival Press Short Story Award-2009, which has a purse of $1,000.00. 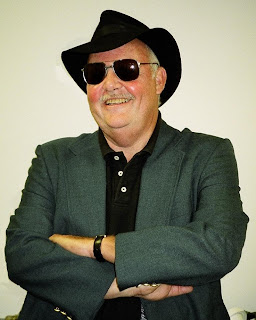 The short stories were read anonymously and the winner was chosen by last year's winner Tim Johnston.

Praise for I-95, Southbound:

"In a field of strong contenders, I-95, Southbound prevailed because in addition to its incredible fineness of language, its mastery of point-of-view, and its pitch-perfect voice, it simply knocked me out of my chair with a great wallop of surprise. I don't mean a surprise twist in plot or any kind of artificial trick; I mean the story delivers a moment of revelation, of truth, so exquisitely timed and rendered that it plunges the reader into deepest empathy and sends him reeling back through the story, back through time, along with the protagonist. There are, as one would expect in fiction of this caliber, signposts to this powerful moment along the route, but they are embedded so artfully in the narrative as to only seem like signposts on a second trip—which I-95, Southbound, beautiful and hilarious and terrifying, certainly merits, and rewards."
—Tim Johnston, judge and last year's winner


To read the story, click on the link below:
Perry Glasser at Gival Press

Perry Glasser is the author of DANGEROUS PLACES, a collection of short fiction that received the 2008 G.S. Sharat Chandra Prize from BkMk Press at the University of Missouri-Kansas City. In 2009 the book was named the recipient of the National “Best Books 2009” Award—Fiction & Literature: Short Story Fiction by USA Book News. Two novellas were featured in NEXT STOP HOLLYWOOD, a collection of fiction from St. Martin’s Press in 2007. He has also published two prior collections of short fiction, SUSPICIOUS ORIGINS (St. Paul: New Rivers Press) and SINGING ON THE TITANIC (Urbana and Chicago: The University of Illinois Press), a book recorded by the Library of Congress for the blind. His work has twice been read on National Public Radio's “The Sound of Writing” and has three times won P.E.N. Syndicated Fiction Awards. He has been named at fellow at Ucross, Yaddo and the Virginia Center for the Creative Arts, was a scholar at Bread Loaf, and in consecutive years was named a winner of the annual Boston Fiction Festival prize. His memoir, Iowa Black Dirt, about being a single parent, won First Prize in a contest sponsored by The Good Men Foundation, and appears in that anthology (November, 2009). Glasser has been a Contributing Editor of North American Review since 1994.

The Brotherhood of Bastards
by Deirdra McAfee of Richmond, Virginia.

In the House
by Clarinda Harriss of Baltimore, Maryland.

The Butcher
by Kindall Gray of Tucson, Arizona.

The Tombstone Races
by José Skinner of Edinburg, Texas.

The deadline for Gival Press Poetry Award for a ms of original poetry in English of at least 45 pages or more, in any style or form, is this Tuesday, Dec. 15th.

For complete guidelines, click on the link below:
Guidelines