Gival Press is pleased to announce that Tyler McMahon of Honolulu, Hawai'i has won the 2016 Gival Press Novel Award for his novel titled Dream of Another America, which was chosen by the final judge John Domini, author of Movieola! McMahon will receive a cash prize of $3,000 as well as copies of his novel which will be published in the fall of 2017.

Advance Praise
“So gritty about every least detail, so frank about its people’s needs, Dream of Another America might at first seem the furthest thing from a dream. Yet Tyler McMahon has worked this desperate material into a headlong tumble of jeopardy and escape, sweeping up a remarkable array of souls—mostly Central American—in a spell so vivid it seems straight out of the deepest recesses of the unconscious. As his protagonist Jacinto makes his way north to Los United, McMahon puts the reader too up against the worst monsters of that odyssey, now baking in the desert, now clinging to a train. The novel’s likewise unsparing about the burdens on the family back in El Salvador, most impressively Jacinto’s wounded but resourceful wife. Even if the man can survive the trip, and by some miracle get his family North as well, his story will long disturb the sleep of our all-too-comfortable slumber.” — John Domini, judge and author of Movieola! 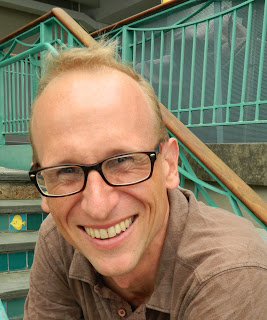 About the Author
Tyler McMahon is the author of the novels How the Mistakes Were Made and Kilometer 99. He studied at the University of Virginia and Boise State University. He teaches writing at Hawai’i Pacific University, edits the Hawai’i Pacific Review, and organizes the Ko’oalu Writers Workshop.

A Kind of Paradise by Bev Jafek.
Wild Girl by Rita Ciresi.
Water by Nagueyatti Warren of Lithonia, Georgia.
A Different Kind of Fire by Suanne Schafer of San Antonio, Texas.