"The Refugee" by Vladimir Levchev Is Released 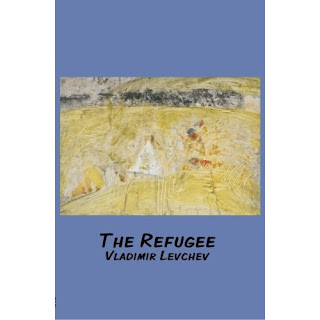 Vladimir Levchev's most recent book of poetry titled The Refugee has been released by Gival Press.


This collection of poetry is translated from the Bulgarian into English by the poet with the assistance from Henry Taylor and Alicia Ostriker.


Advance Praise:
“Vladimir Levchev’s work has been for several decades an important poetic bridge between Bulgaria and the US. This book will surely strengthen that reach.”
—Elizabeth Kostova

“These spare, beautiful poems—so imaginatively rich and expertly distilled—vibrate with a restless brilliance, reminding us, as Levchev writes in The Refugee, that ‘every minute/ has its secret corridors/ leading to dark rooms.’ Reading them, I felt as if I could hear the silences from which they are made now begin to gather themselves into these true and necessary words.”
—Richard McCann, author of Mother of Sorrows


“Vladimir Levchev’s poetry: An original voice, wise beyond its years. A dark vision, but beautiful all the same.”
—The late William Meredith

“His poetry is a place you’ll never want to leave. We are in the presence of a large spirit who writes in the greatest tradition of European masters. The world of literature is lucky to have him.”
—Grace Cavalieri, Prooducer/Host “The Poet and the Poem from the Library of Congress”


Vladimir Levchev is a Bulgarian poet and writer whose parents are a poet and an artist. He graduated from the Academy of Fine Arts in Sofia, in 1982, and from the MFA program in Creative Writing at American University in Washington, DC, in 1996. Levchev’s magazine Glas (“Voice” or “Vote”), was the first independent periodical in Communist Bulgaria, and it was banned by the authorities before the downfall of the regime on November 10, 1989. It featured some of the best known Bulgarian and Eastern European dissidents. Levchev received a Fulbright scholarship in 1994. He resided and worked as a language instructor and a professor of literature in the United States for 13 years. Since 2007, he has been teaching literature and writing at the American University in Sofia, Bulgaria.


He has 15 books of poetry, two books of essays, and two novels published in Bulgaria. He has had three books of poetry, Leaves from the Dry Tree, Black Book of the Endangered Species, and The Rainbow Mason, published in the United States. His poetry has appeared in many anthologies and literary magazines, including Poetry, Chicago, Child of Europe: Anthology of New East European Poetry (Penguin, 1990), The Anthology of Magazine Verse & Yearbook of American Poetry (1997), Clay and Star: Contemporary Bulgarian Poets (Milkweed Press, 1992), etc. His poems have been translated for literary magazines in Russian, German, French, Greek, Turkish, Polish, Hungarian, Punjabi, and Hebrew.

Levchev is the translator of Allen Ginsberg, Stanley Kunitz, and other American poets in Bulgarian.

To order a copy at Amazon.com, click on the link below: 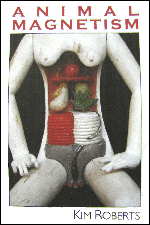 Kim Roberts, our local poetry mistress--as I like to call her--, has a new book out. Animal Magnetism, winner of the Pearl Poetry Prize (Pearl Editions, 2011) made its debut earlier this year and has struck a chord with many with its echoes of far away places.

PORTRAIT OF HIPPOCRATES, OR BUQRAT
from The Falnama of 1703, Topkapi Palace, Istanbul


O augury seeker,
know and be aware…
In the book of divination,

Hippocrates rides the simurgh,
a mythical bird,
as he returns to his home

carved from emeralds
on Mount Qaf.
With his white turban,

scholar’s dark beard,
and bright orange robe,
he looks over one shoulder

between eddies of clouds.
Healer of the sick,
Builder of the first hospital,

Master of alchemy,
astrology and magic,
I have prepared myself

for your prognostication
with bathing and prayers,
opened the book in my blindness,

opened my heart in hope
and placed my body,
my wounded body, in your hands.


Biography:
Kim Roberts has two other book of poetry and is also the author of the nonfiction book Lip Smack: A History of Spoken Word Poetry in DC (Beltway Editions, 2011) and the editor of the anthology Full Moon on K Street: Poems About Washington, DC (Plan B Press, 2010). Her poems have been translated into Spanish, French, German, and Mandarin, and she is the recipient of residency grants from twelve artist colonies across the US. She has developed a series of literary walking tours of Washington, DC, celebrating such writers as Walt Whitman, Langston Hughes, Zora Neale Hurston, and others. For over ten years, Roberts has edited the online journal Beltway Poetry Quarterly.

Gival Press is pleased to announce the winners of the Ventura Valdez Poetry contest it sponsors at Montgomery College for present and past students.

The winners for the English and Spanish contests each received a prize of $100.00 and a certificate.


Twin shores of Mother and Father:
The parents wordlessly emit a hum
"We held their shoulders like roses.
We loved their eyelids like violets,"
While giant offspring slouch over the evening meal.

These are the homes where the warmth
Vibrates and wiggles and rises
Silently over roofs
Wrinkling the air so thoroughly
Trees wiggle softly
As if seen through old glass.

And at the dinner table
Any pain runs away like rushing water,
Because there is love in the soup.

Love lies wedged with the small dirt
Between floorboards, under radiators.

All this kindness, all these gifts
And still my constant worry
"What if this were always?"

The following received an Honorable Mention:

for Vida in Spanish, Grego Pineda