Sunday's panel at the Writer's Center in Bethesda, Maryland, was quite an eye-opener with regard to the literary scene in Washington, DC.

With well over eleven different editors/publishers representing journals, magazines, publishing collectives, and small presses, the audience was given a pretty good view of the realities of publishing. Certainly the author/poet in the area has plenty of options for publication from online to book form.

Though not all journals and magazines in the immediate area were present, Folio , Poet Lore, and Tameme, for example, were not represented, the wealth of knowledge and experience from the editors/publishers was extremely impressive. There were some with over 30 years of experience in the field, who regardless of the harsh realities of publishing are still committed to making a difference in the business. I say business because the truth of the matter is that whether one is a non-profit or for-profit entity somehow the bills need to get paid or the entities would not continue. And so I thank those who have continued to dedicate hour after hour, year in and year out, to make a positive contribution to the field of publishing in the Washington, DC area if not beyond.

Local Washington, DC writers/poets are invited to attend the free panel of editors/publishers of local presses.

The details are listed below:


The Writer’s Center is pleased to host a celebration of the Washington area’s thriving small press community. Editors of several literary journals and book publishers will share anecdotes. This will be an informal gathering and celebration, not a formal panel discussion on the State of Literature . The editors, we're sure, will have some good stories. The program will include writers and editors from Bogg, Dryad, Gargoyle, Gival Press, Minimus, Passager, Potomac Review, Pretend Genius, WordWorks , Washington Writers' Publishing House, and WordWrights!

For more information on this and other programs, please visit the website,
The Writer's Center

ArLiJo is currently featuring the shorty story Lady of the Seas by Agustín Cadena which is translated by writer C.M. Mayo.

The English translation is included in the collection Mexico: A Traveler's Literary Companion edited by C.M. Mayo, (Whereabouts Press, 2006).

To read the story, click on the link below:


Biography of Agustín Cadena:
Agustín Cadena was born in 1963 in the Valle del Mezquital, Mexico. Poet, fiction writer, essayist, and translator, he has published more than twenty books in these genres and received numerous national awards, fellowships and other recognition for his literary work. His most recent book is Los pobres de espíritu, which won Mexico's San Luis Potosí National Prize for Fiction. His writing has been translated into English, Italian and Hungarian as well as adapted for radio and television. He currently teaches a seminar on Mexican culture and literature at the University of Debrecen, in Hungary.


C.M. Mayo is the author of the widely-lauded travel memoir, Miraculous Air: Journey of a Thousand Miles through Baja California, the Other Mexico, and Sky Over El Nido, which won the Flannery O'Connor Award for Short Fiction. Her poetry has been widely published in literary journals and anthologies, most recently, Poetic Voices Without Borders. Founding editor of Tameme, the bilingual Spanish / English) chapbook press, Mayo is also a translator of contemporary Mexican poetry and fiction. Her anthology of Mexican fiction in translation, Mexico: A Traveler's Literary Companion, was published by Whereabouts Press in March 2006. 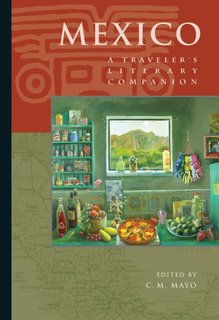 C. M. Mayo, editor of the collection Mexico: A Traveler's Literary Companion, has done Mexico and English readers a grand service, and she also gives us a short story of her own entitled Rancho Santa Inés: Fast. 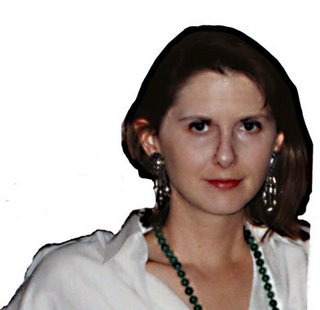 In this compact book of 256 pages, with twenty four authors, one can find a variety of voices from leading Mexican writers, mostly living, with the exception of Inés Arredondo and Jesús Gardea. Most American readers will probably recognize Carlos Fuentes and Laura Esquivel, who continue to add to the wealth of Mexican literature but there are so many more who warrant reading. Agustín Cadena's story Lady of the Seas, translated by Mayo and who also translated five other stories in addition to editing the collection, draws the reader in immediately. Twins by Ilan Stavans, translated by Harry Morales, not only gives us another look at Mexico but practically gives us a taste of its food and drink as we read.

Here in this book we have the rich textures of Mexico, its peoples with hopes and traumas, all which leaves the reader wanting more, craving to revisit the land from the deserts to jungles to the seashores, which so many Americans know in passing but not really. This book, a gift to us from Mayo, is a means to connect before traveling to that land from which so many are currently leaving to come to the USA. Perhaps one can surmise about the pull the USA has for Mexicans but one can certainly begin to understand why the pull back to Mexico is equally strong.

As Mexicans say: Like Mexico there is no other.

Prosody in England and Elsewhere: A Comparative Approach

If you love poetry or are a poet who doesn't quite understand the patterns used in poetic forms, Prosody in England and Elsewhere: A Comparative Approach is the perfect learning tool to keep close to your vest. There's no harm in cherishing and keeping a rich source of information a secret but after you read this book you will want to share the knowledge.

Making the various rather complicated poetic forms easily understood to the general reader is not an easy task, but Leonardo Malcovati takes the concept of prosody or the sounds of poetry and makes it clear and enjoyable reading. In a rather quick yet comprehensive manner, Malcovati covers over twenty verse forms not to mention rhyme, alliteration, and classical poetry. Going even further, Malcovati provides examples in French, Provencal, Spanish, Italian, Gascon, Galician, and Nordic with English translations.

Once a poet has the wealth of information in this collection under control, one would certainly be ready to use the text to teach poetic forms to poets who just don't quite get all this prosody stuff.

The book is available at Amazon.com, click here to purchase a copy:
Prosody in England and Elsewhere: A Comparative Approach

Workshop for Spanish to English Translators

A local writer, published in Gival Press publications, is offering a workshop for translators from Spanish to English.

The details provided are listed below:


The Art of Literary Translation: Spanish to English


This workshop is designed for creative writers who want to explore the exciting, mysterious art of literary translation. No previous translation experience is necessary; however, participants should have experience writing either poetry or creative prose in English (and have strong knowledge of Spanish). By examining different translations of sample texts, doing in-class exercises and experimenting with our own translations, we will discuss the myriad questions that a literary translator faces, such as word choice, sentence structure, tone, rhythm, and sound. Discover how the creative process of translation can enhance your skills as a writer and stimulate your own writing.


Workshop Leader: Yvette Neisser Moreno is a poet, translator, writer and editor. Her poems and translations of poetry have appeared or are forthcoming in numerous magazines and anthologies, including the Innisfree Poetry Journal, The International Poetry Review, and The Potomac Review. She is currently translating the work of local Argentinian-born poet Luis Alberto Ambroggio for a bilingual collection of “selected poems” to be published in 2006. She has also translated several sonnets by Pablo Neruda, and some poems from Hebrew and Arabic, which were published as part of a critical essay in the Palestine-Israel Journal. In addition, she is seeking a publisher for her own first book of poems (in English), Fields of Vision, which was a finalist for the 2004 Gival Press Poetry Award. She resides in Silver Spring , Maryland, with her husband and son.

To register visit The Writer's Center

Gival Press is pleased to announce that Barbara de la Cuesta of Beachwood, New Jersey has won the Second Annual Gival Press Novel Award for her novel with a working title of Ordóñez. De la Cuesta will receive $3,000.00 and her novel will be published in 2007.

Barbara de la Cuesta is the author of the novel The Gold Mine, a long poem If There Weren't So Many of Them, and Westerly, a work of non-fiction in the field of arts therapy. Her fiction has appeared in California Quarterly and The Texas Review. She has received fellowships from the New Jersey Arts Council, the Geraldine Dodge Foundation to attend the Virginia Colony, and the Massachusetts Artists' Foundation, as well as a fellowship to Ragdale. Two of her plays have been produced off-off Broadway and she has been a visiting playwright at the Syracuse Stage. She currently teaches Spanish at Ocean County College and has taught literature and writing. She holds a master's degree in Creative Nonfiction from Lesley College as well as a masters in English Literature from Vanderbilt University.

Twelve Rivers of the Body by Elizabeth Oness of Winona, Minnesota.

Judge:
Her manuscript was read anonymously and chosen by the final judge Donald Berger, the Poet Laureate of Takoma Park, Maryland, and author of Quality Hill and The Cream-Filled Muse.